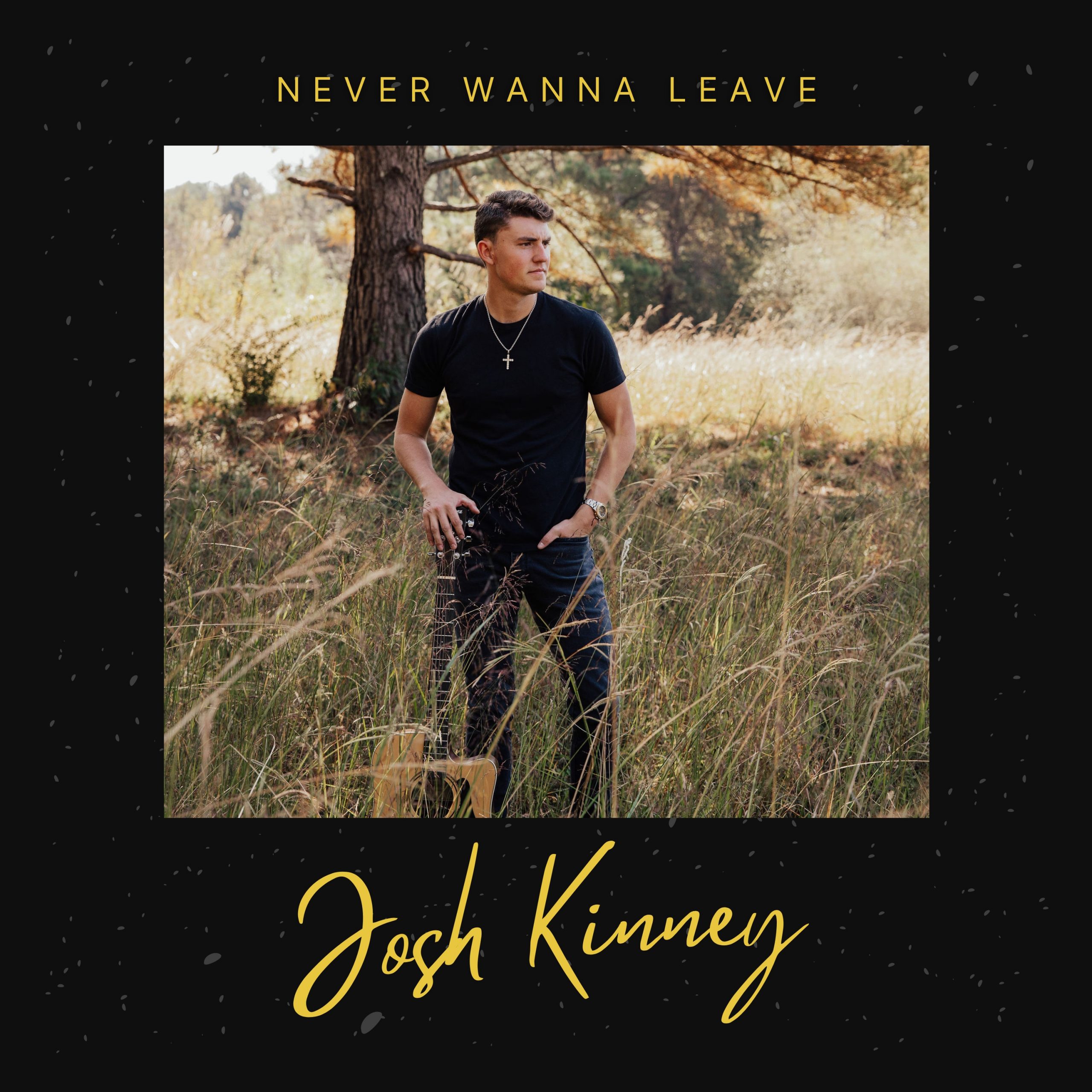 With an ultra-modern, pop country feel, Josh Kinney has really been able to capture a good amount of attention, using 2022 to stamp down his foot on the country music landscape and begin to carve out his path by balancing right on the edge of sounding familiar enough to what we’ve heard from the mainstream over the past five years, while splicing in just enough signature tweaks to uniquely define him and his direction.

Recent releases such as “BareFoot Green Grass” and “I Found,” both leaned into his tempo driven side and pulled in the listener with grooves to make them sway as they sing along with irresistible melodies, while “Hit Me Up” found a charting position on Music Row’s Breakout chart earlier in the year.

Though he keeps his modern feel well-intact, Kinney takes a slight turn away from what we’ve been used to from him on his newest single, “Never Wanna Leave.”

Showcasing a different side to what he has to offer, Kinney softens the pace and allows his vocal to carry the descriptive, small-town proud lyrics over accompanying instrumentation that pulls in traditional aspects thanks to a prominent mandolin, refreshingly adding an interesting new twist.

Perfectly highlighting what a typical weekend night looks like when you’ve got nothing to do out in the sticks, Kinney takes us through the verse by singing simple life paces of driving around town while telling of cold drinks being in the console, being headed down a back road with the music cranked up and the windows rolled down, and living carefree and letting the wind blow you wherever it wants to take you.

He continues pressing vivid descriptions through the chorus when he sings of Friday night bonfires, pick-up trucks with muddin’ tires, and cruising all night with you girl by your side, however, the depth of the song is reached when he reveals in the hook, “I never wanna leave this place behind.”

In many ways this is a very common theme that’s been done ten times over in country music, but when you dig into that hook and compare it to the ever-changing world that we’re faced with today, it takes on an entirely different connotation.

By adding the word “behind” Kinney is perhaps not only speaking directly to all that he loves about the small-town way of life and not wanting to go away from it no matter which road life puts him on, but maybe he’s also seeing the deterioration of small-towns, mom and pop shops, and small-town morals fleeting – thus, he doesn’t want to lose those things and leave them behind.

“Never Wanna Leave” is a simple song on the surface, a feel-good that speaks directly to the heart of the country kid, but it also intriguingly challenges us to look inside ourselves to find the inspiration within to be the one to continue upholding the values we grew up on no matter where we’re at on our own paths.